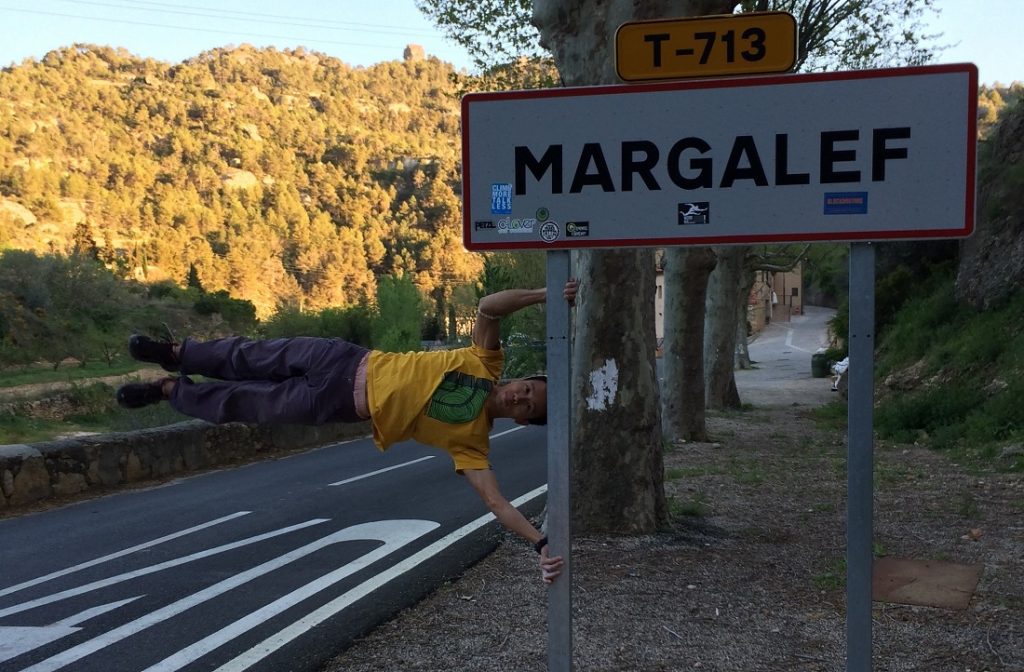 Climbing at Catalonia in Winter

Climbing at Catalonia in Winter

A Climbing trip to Catalonia has been in the back of my mind since my last trip (which was also my first) in the Spring of 2014 to Margalef. It was a fantastic trip and ranked as one of the most memorable trips for lead climbing ever. Due to the vast amount of quality climbs, location, ease of access, and personal climbing achievements.

The idea to return came about in the earlier half of 2017. When I decided it was finally time to hop onto something hard. It was clear to me from the start that I wanted to try and work on Estado Critico, 9a. This is one of the more popular 9a in Siurana. It got famous due to the 1st onsight of this grade by a certain Alex Megos in 2013. Some holds have broken and the grade has hovered between 8c+ and 9a as described by different ascensionists. It seems to be a great climb with beautiful movements. And even if I do get the send, who am I to downgrade it. I only have about 50 climbs completed in the 8th grade (with no 9a to boot).

Since I did my first 8c/+, Greed at Krabi on the 7th of Jan 2010. I have never tried to work on anything harder than 8b+ for all my subsequent trips on lead. Greed took me 30-40 tries over 3 seasons. It was originally graded 8c but has since been upgraded to 8c+ but I think the honest grading is 8c/+). Why? Well, anything harder and I will probably have to work on only that one climb for the entire trip. And maybe not even send it.

I would prefer to do many moderate climbs, challenge myself on hard . With a couple of harder climbs which do not require me to spend more than 3-5 climbing days on them. This will allow me to sample the different types of climbs available. Especially if it’s a new place I’m visiting. Which will allow me to gain the experience to improve myself technically. Besides, it’s really boring to be stuck on one climb for the entire trip.

This strategy has paid off as I find that I’m sending 8s quicker. Even though I do not think that I have gotten any stronger over the years. Also, instead of doing purely lead climbing on trips, I also hopped onto the bouldering bandwagon. I visited Bishop, Red Rocks, Hueco Tanks, and the during the last few seasons. I managed to send some historical and iconic climbs. Such as The Mandala, Evilution (to the lip) and Ammagamma.

Anyway, back to the main topic about climbing in Siurana. I have not climbed at this place but merely dropped by to check out the crag in 2014 when I was based in Margalef. Siurana is a winter climbing destination as many crags face the sun. Which makes it really pleasant to climb. Even though it’s still possible to chase the shade at other times of the year and climb on the easier grades. However, winter is still the best time to visit if you want to enjoy the best climbing conditions. Unlike Margalef which is a conglomerate, Siurana is primarily limestone.

Most of the climbs are much longer (25m to 40m in length), technical and stiffly graded. So get ready to be schooled in your footwork if you only use your arms to climb. Some people think the grades (at Margalef) are softer. But this might be due to the style of climbing which (I think) suits the gym rat well.

The trip was cast in stone during June 2018 when 4 of us bought tickets to Barcelona for Dec 2018. Eunice and I will be joined by Jarrell and his mum, Christina (both of them will be with us for the first 2 weeks). Gabriel hopped onto the bandwagon a couple of weeks later. This is only because his plan to visit Laos in Dec 2018 did not materialise.

It was clear to me from the start that since this is going to be my first time climbing there, it would be very tough for me to just work on one climb only. There were just too many classics to do! I identified a few harder classics which I might want to try and told myself I would hop onto the project only when I’m almost midway into the trip.

The first 3 days were spent in different sectors in order to sample what Siurana has to offer. All the climbs we tried were good! Even the easier ones for warming up were super fun. Remena Nena at Sector Esperó Primavera (7a but it’s stiffly graded and will likely be a 7b everywhere else) and Boys Don’t Cry 7c at Sector Ca la Isabel were some memorable climbs.

We also had the opportunity to visit where many of the climbs were only 8-12m long. These climbs are so different from the majority of the climbs in Siurana. The climbs there are short, overhanging, powerful, bouldery and of course, stiffly graded.

Little did we know that Zona 0 would continue to pose a challenge for Jarrell. And he would only send it on his 2nd last climbing day (9 attempts total). It took some effort but after getting some good beta from local climbers (who still think that it’s an 8b). I got the send after 3 more attempts on my 6th climbing day.

We took a nice slow drive to visit Margalef on the 7th day of climbing. It was a great change for once. To be able to climb shorter routes (which we Singaporeans are used to). We also check out some harder lines suitable for . We spent the whole day at Espadelles.

For the uninitiated, this sector is more than 2 kilometres long and has tonnes of routes from 5s-9s. Plenty of climbs for everyone! Unfortunately, this crag faces the sun permanently and one can only climb there during winter or when it’s cloudy. I was here only once (4 years ago) when it was cloudy. However, I never got the chance to visit it again as it was just way too hot in the sun. Trying to climb at this sector during summer is sheer madness. It was a good climbing day for us all.

Jarrell got his first official outdoor 8a, Transilvania (which he tried to flash) on his 2nd go. I it with some difficulty. Eunice and Gabriel had their fair share of fun on some 6s and easier 7s.

It was almost midway into the trip and I decided that it was time to hop onto the Estado Critico. I need to check out the moves (before it was too late)! This line shares the same start as 2 other climbs. Before it starts splitting at the halfway mark after about 17m of climbing. Till there, it’s about 7c+ (with approximately 40 hand movements depending on your sequence).

It consisted of some burly moves on good holds with jugs for rests. But the line gets gradually steeper and by midway, you are almost hanging upside down. From here on, the line splits into 3 variations with the inclination of the wall reducing gradually.

The left version goes at a hard 8b, Dogma (42m). The straight-up version is apparently a soft (but really fun and popular) 8b+, Kalea Borroka (40m) and the right version is Estado Critico (30m) which consists of another 13m of climbing (only 4 more quickdraws), with the main crux coming in around V9/10. I reckon this 2nd section alone is about 8b/+.

As I worked on it more, I found out that conditions needed to be good. Because the holds get greasy when it gets too warm. It was really taxing working on it as the top section is very shoulder intensive. I could only give it one good try a day. But gradually got it up to 2 as my fitness improved. It was clear to me that being able to complete the climb in 2 sections (with 1 hang) would be an excellent goal to finish this trip. I got close to climbing it in 3 sections (with 2 hangs) on the last few days of the trip.

Eunice and I were in need of more rest days but there just wasn’t enough time. The motivation was also starting to run low towards the last few climbing days. Which explained why we went to Margalef again on our 2nd last climbing day for a change of environment.

All in all, I had 15 climbing days with 2 of them at Margalef. Spent a total of 7 days on Estado Critico (12 tries). During my time at Siurana, I was lucky to witness 3 persons sending Estado Critico. A Brazilian, Marcello Bombardi did it in 5 tries. And Sascha Lehmann on his 2nd trip here for this climb.

Other than the project, there are a couple of great climbs worth mentioning:

In terms of climbs. This trip is nowhere close (grading-wise) to what I did on my trip in 2014 (to Margalef). I had my best climbing day ever when I redpointed an 8b and an 8b+ on the very last day of climbing. However, I am pretty satisfied with how the trip panned out. Considering the fact that I was not in great shape prior to flying. It is now time for a short break and plans are being put in place to return next winter. Spain anyone?