Rock Climbing Festivals in Asia and Beyond

Climbing is a celebration. A celebration of freedom of movement, crafts, and humanity where hoards of people come together with their exceptional skill set and cultural relevance making every climb a pious ritual. Climbing Festival is a way for climbers to spread that enthusiasm and expand the community.

When tonnes of adventure seekers gather with only one intention of climbing it makes the stagnant rocks come to life. The barren grasslands or forests suddenly get a human touch. Remote lands then become accessible hence starts the process of plotting an undiscovered site on the world map. Climbing festivals give us a chance to be a tiny part of the mega exploration.

Be it indoors or outdoors, a climbing festival is a party. If you are planning to join an exciting jamboree we have an exclusive list of fests held all around Asia. Enjoy.

Thailand needs no introduction, it is one of the busiest climbing destinations on Earth. Every climber probably has already nudged the limestone walls of Thailand or is preparing to sometime soon. Tonsai beach is the most sought after crag, other locations around Bangkok are getting developed too. There are two major festivals in our favorite climbing destination.

The Zoolander is a harbor of thousands of sandstone boulders with the potential of infinite intricate lines. With the idea to dig out emerald lines in this treasure land the local climbing club invites climbers from everywhere to spend two days and share their talent. The festival is a great opportunity for you to open a route with your finesse and then post in on 27Crags to leave your mark in nature.

Nam Pha Pa Yai (NPPY) yet another gem of this Asian nation is already quite known in Central Thailand. Thailand Mountain Sports Club along with the local climbing community took an initiative to raise funds to bolt and expand the scope of dirtbagging the area. The festival has competitions to motivate the participants to climb better along with other outdoor activities.

Close to nature yet not far from the capital city, Bangkok, NPPY is an escapade to excellent climbing routes. With over 130 bolted traverses you can pick your dream project or pin one.

Philippines a nation with thousands of islands in the Pacific Ocean. The lush South Asian nation has a rich rock with hundreds of elegant lines. Famous for its vertical bivouac, the Kiokong has one of the biggest crags of the Philippines. Along with sunbath on the beach plan a climbing trip with the vigor of climbing fiesta.

When it comes to rock climbing in Asia, China needs no introduction. A country with an abundance of natural rocks and a generous gift of wonderful karst limestone formations. Of course, the world-famous Moon Hill is one of the most iconic and the climbing festival of Yangshuo calls you to climb on the moon.

The idea first started by a pro climber Alex has now become a community-led project. Do not miss the chance to try your fingers on the climber’s paradise.

Probably the first of its kind, the gala is dedicated to traditional or crack climbing. With the focus to preserve the pure climbing form, the local climbing community is trying to inculcate trad techniques. The festival is supported by UIAA and Korea Alpine Federation and is sponsored by Black Diamond and the North Face.

To learn more about Trad climbing under expert guidance and touch complex fissures in the granites of Korea this event is the best you can get.

India is still not a recognized outdoor climbing destination. However, it has the most number of bouldering explorations held every year. All of these spots are awesome hidden between the Himalayas and city life. With contrasting weathers, high-class rock, the blocks are waiting to be captured by your eyes.

The winner of UIAA Rock Climbing Festival Award in 2019, Suru Fest paved the way for outdoor festivals in India. It is a beautiful presentation of adventures in the remotest Suru valley of Ladakh region. There are unlimited highballs, trad lines, and other extreme sports possible.

In the lap of the mighty Himalayas, hidden under tall conifers lie sharp granite diamonds. There are enough boulders to spend days yet more is to be discovered. Sethan is suddenly becoming the most popular and accessible hotspot.

Organized by: Local climbers
Dates: May of 2021
Venue: Sethan, Manali

The moment you say Hampi, Chris Sharma will come to your mind. He brought this concealed island on the climbing map through the Pilgrimage movie. As depicted in the movie there are more boulders than the human population.

The best climbing destination in India

The candidate of UIAA Rock Climbing Festival with over 1000 participants coming from every corner of the planet, the rock festival is one of the biggest adventure galas. Amidst granite peaks, the climbers come together to climb lengthy multi-pitch and trad routes.

With more concentration of advanced and intermediate climbers, you might want to advance your abilities before heading to the Kazakhstan Rockies.

Though climbing is not that popular, Israel organizes as they call it the craziest climbing festival in the Gita crag. There are great bolted routes and much to explore.

Turkey is a marvelous country with an abundance of sports, trad, and deep water solo routes. Geyikbayiri having the highest density of 700+ routes is next to the crowded Antalya tourist place. The festival targets scrambling in these stunning formations. You don’t have to be worried about the difficulty of the routes, there are uncountable options across grades.

Unheard of this climbing nation, is not behind in culminating the climbing culture. Agama Climbing Club hosts various festivals to support and motivate every realm of society. We could not find the exact details of these festivals but these might help if you are ever planning to climb in central Asia.

Apart from Rock Climbing events, numerous Ice climbing ventures are coming up to promote snowy-joey adventures. If it is something that gives you an adrenaline rush, some of the festivals are listed below.

We will miss you Rock and Ice Magazine

RI final issue no 267 Rock and Ice and Climbing had merged into one organization due to some high level corporate acquisition.

Will you buy The North Face x Gucci collection

When rich hippies go outdoors I assume many of you have seen this North Face x Gucci YouTube ad. If it seems 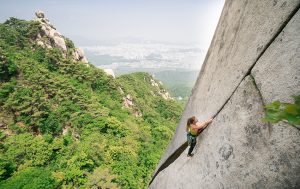 We at 5C are building a community for climbers in Asia. Your support will enable us to create more content and help promote climbing in Asia. Join us and be part of the Asia Climbing Community