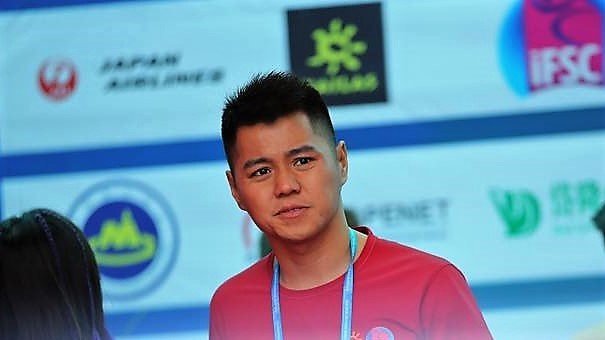 I had known Stanley Yeo for years through climbing and was aware that he is involved in IFSC. However, I don’t really know much other than the fact that he travels to IFSC climbing competitions around the world and gets to rub shoulders with some of the world’s best climbers.

So if you are wondering how does one get to be a part of IFSC, what are the roles available, and what are the requirements to even be considered? Stanley will shed some light on these questions.

The Technical Delegate (TD) leads the preparation work months before the event ensuring that the competition facilities and services provided by the Event Organiser are in accordance with IFSC Regulations.

The IFSC Judge leads the national judges in the judging of each competitor during the competition.

The Chief Routesetter is responsible for all matters of route setting and route maintenance, including the design of each route or boulder.

Q2 – How long had you been an IFSC official?

Q3 – How did you become an IFSC Official?

In 2005, I attended the International Judge course in Imst, Austria. I passed the end-of-course examination, completed my 2 judge internships, and received my license.

The current pathway to becoming an IFSC Judge begins at the continental level. Trainees who passed the Continental Course and internships will start as a Continental Judge.

Q4 – What was your first event?

The 2007 Asian Indoor Games in Macau.

Q5 – Is there an international ranking system for climbing (like that of FIFA world ranking)?

Q6 – How does the combined discipline scoring system work?

Competitors receive points equal to their rank in the speed, bouldering, and lead stage. If there is a tie at any stage, the points shall be the average ranking of the tied competitors.

The Qualification or Final Round Ranking Points is a multiplication of the points and finally, ranked in ascending order (the lower the better).

This Adam Ondra video gives a very detailed explanation of the scoring format for combined discipline for the upcoming 2020 Tokyo Olympics.

Q8 – Name some of the famous competition climbers that you have come across.

Q9 – Which climber would you like to meet in person?

Q10 – What events are you looking forward to this year? Why?