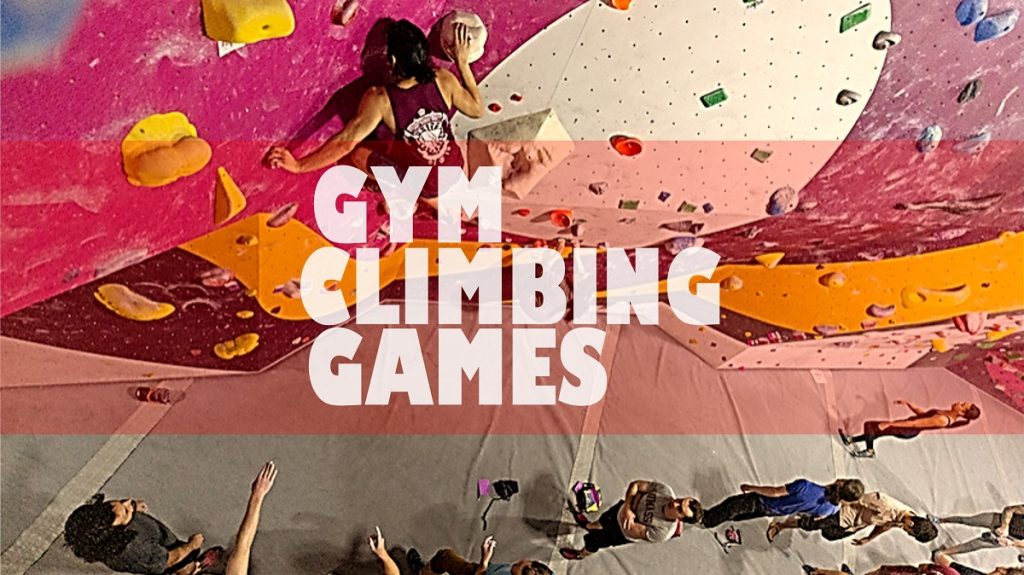 Are you bored with the routes in the boulder gym you frequent? Either you are super strong and had finished every single problem in the gym. Or like most climbers, you just can’t (and never will be able to) do any of the gym’s hard problems. In either situation, here are some climbing games you can try to spice up your time in the gym.

How this gym climbing game works. First, identify a boulder problem that is relatively easy for both you and your buddy. It will make more sense and also the game will last longer if both of you are climbing at a similar level.

This is a great game as it lets you explore methods of climbing the same route. Just eliminating a few holds can change the route drastically forcing you to try different techniques and do big moves.

This game is recommended to be tried on an endurance/spray wall. The game can accommodate more than 2 climbers. This game is fantastic for endurance training.

If a climber falls before successfully adding 3 moves the next climber will take over the turn. With each attempt, the route gets longer and harder 🤭. The game will end if no climber is able to complete their turn.

This is a fun game especially if you have quite a few climbers involved. And climbers don’t need to be climbing at a similar level thus anyone can participate. If you want to make the game really hard, you can increase the number of holds to add by each climber.

A few things you need to know before going ahead with this game. As some gyms are very particular about potential liability issues due to climbing accidents. Gym staff may stop you from trying out this game. So please take note.

For this game, you may need to set your own route by combining holds from different boulder problems. The boulder problem needs to be such that it is undoable by a single climber. The route will need to have a move that is very far apart or super balancy with no good handholds or both.

The only rule for this game is to not fall. If one climber falls he will go back to the start hold again. The game will end when both climbers have both hands on the end hold.

Benefit of the game

Does this game help much with your individual climbing skill… not really. The only benefit I can think of is this game is just fun plain and simple.

Traverse the entire gym (If possible)

Traversing is a great way to train endurance. Thus when you had run out of things to try in the boulder gym, you can try traversing the entire gym.

You can use any hold you want so long you stay on the wall. The gym traverse can be made more interesting if there is a gap between boulder walls which you’ll need to link together by whatever means so long you don’t touch the floor. You can have a competition with your mate by starting at the same hold and then climb in the opposite direction and see who will get back to the start hold first. Along the way you’ll meet your mate and getting past each other will be interesting.

Traversing allows climbers to stay on the wall longer than just climbing boulder problems. It is good for building endurance and it also works different muscle groups compare to just climbing upwards.

When trying out these games with your friends make sure the usual gym etiquettes are applied. Don’t hog the wall and of course safety first.