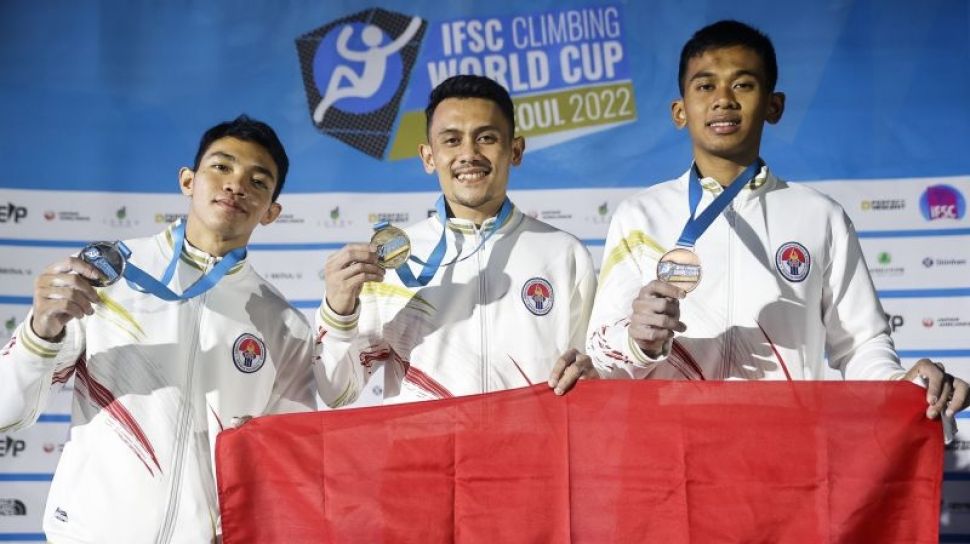 The new powerhouse in speed climbing

The new powerhouse in speed climbing

Speed climbing had been a discipline dominated by European nations. To be more precise, speed climbing is dominated by Eastern Europe nations like Russia, Ukraine and Poland. Although Asia countries such as Japan, Korea and China have had huge successes in IFSC World Cups. Unfortunately, I can’t say the same for Southeast Asia nations. Well, except for Indonesia.

The only Southeast Asia nation competing in IFSC World Cups. Indonesia had been slowly but consistently taking top spots in the IFSC Speed Climbing competitions.

Sport climbing is not exactly a popular sport in Indonesia. In fact, climbing is still somewhat considered a fringe activity in Southeast Asia. But when you see the Indonesia speed climbers competing in the IFSC Speed climbing World Cups you’ll think otherwise.

Nicknamed the “spider women”. Aries Susanti Rahayu was the world record holder for women in speed climbing. She clocked a time of 6.995 seconds at the 2019 IFSC Xiamen World Cup. The time of 6.995 seconds made Aries the first woman to scale a speed wall in under 7 seconds. On top of that, she had won 4 IFSC Speed World Cup gold medals and a total of 7 podium finishes.

The man who broke the long-standing men’s speed climbing record of 5.48 seconds set by Iran’s Reza Alipour in 2014. 2021 in his senior year debut, Kiromal Katibin came out of nowhere to clock a time of 5.25s in the IFSC Salt Lake City Speed qualification run. Kiromal Katibin was only 20 years old when he broke the world record. He finished 2021 with a 2nd in Salt Lake and 3rd in Villars.

In the first IFSC Speed World Cup of 2022 in Seoul, Kiromal was at it again. Setting a new world record with a time of 5.17s in the qualification run. However, due to a false start in the finals, he loses gold to compatriot Veddriq Leonardo. There is a real possibility for us to witness Kiromal breaking his own world record again in 2022.

The only man who poses a challenge to Kiromal Katibin’s domination in speed is compatriot Veddriq Leonardo. Both Veddriq and Kiromal are teammates who train together and had broken each other’s world record time.

Veddriq Leonardo had competed in 3 IFSC Speed Climbing World Cups and won all 3. His most recent win was in Seoul 2022.