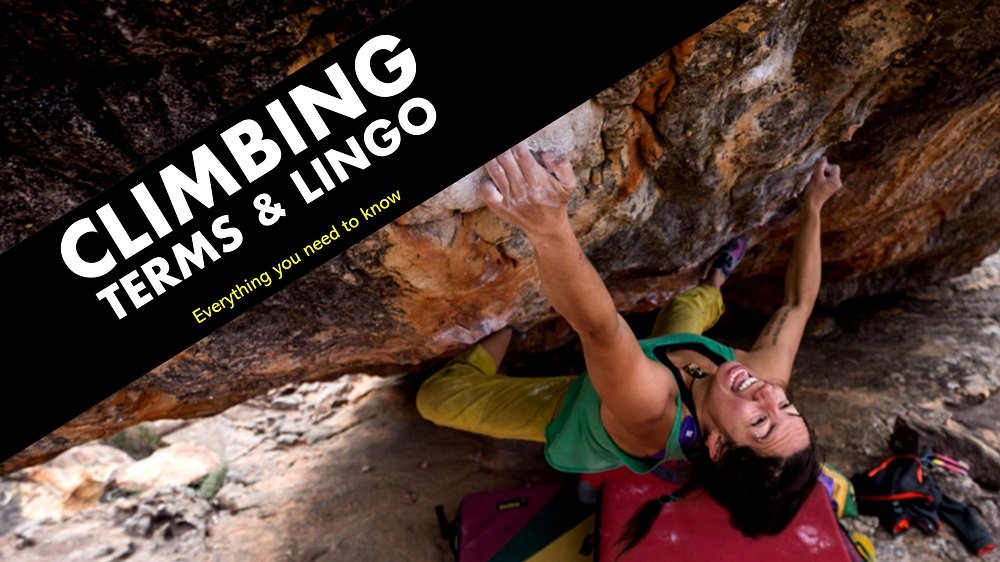 Climbing terms and lingos – Everything you need to know

New to rock climbing? If you are, you’ll find that there are terms that climbers use that you’ll have no idea what it means. Climbing has its own lingo. To be accepted by us climbers, you’ll have to learn to talk like us or you’ll be ostracised.

Huge and secure protection. An example is on a multipitch climb the anchor on the pitch is a bomber means it is solid and very safe.

There are 2 meanings for “clean” when comes to climbing.
1: Clean the route means clearing all the equipment off the wall after finishing a climb.
2: Climbing a route clean means finishing a route without hanging and resting on the rope.

To crank is to pull on a hold as hard as possible in order to reach the next hold.

The hardest part of the route. However, if the route has a few very hard sections climbers will identify them as crux 1, crux 2 etc. Hence there can be more than 1 crux.

Dab is a term used in bouldering when a climber unintentionally (or maybe intentionally) touches areas that are not part of the problem such as the ground, crash pad or parts of another route which might provide the climber with an advantage when starting the climb. This is not allowed and other climbers observing can be very particular about it.

When a climber directly hits the ground when falling off a climb.

If you are old enough to know who Elvis is, you’ll know his famous leg moves when dancing. If you do not have this talent it’s fine. Because when you are doing a hard route and one of your feet is on a precarious foothold, Elvis’s leg will come naturally.

A flapper is a piece of skin that is partially ripped off at the inside of your fingers or palm while climbing.

Finished a climb on the first go. For a flash, you are allowed to have information about the route from other climbers before attempting the climb.

In free climbing, climbers use only equipment for safety but not for aiding the climb. Climbers do not pull on or step on any climbing gear to help the climb up the route.

In free solo, the climber is climbing by himself without a belayer or any safety equipment except for climbing shoes and a chalk bag. If the climber falls he or she will hit the ground. 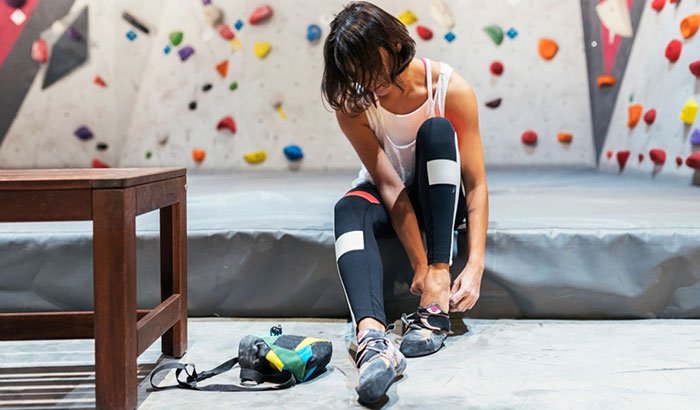 Tired of doing research on climbing Gear? Is going from platform to platform comparing prices taking time away from climbing? We have a solution for you. 5C Store is a website that links you to all the most popular online platforms for climbing. Do your gear research right here.

The French blow is when climber blows on their fingers after chalking up.

Climbing a route from the ground up on lead.

A climber is not able to finish the route and needs to hang and rest on the rope while climbing on lead.

This is the ultimate achievement for a climber. Onsight is when a climber just shows up and sends a route on the first attempt without any prior knowledge of the route.

A problem means a boulder route.

Redpoint is when a climber finished a route on lead after more than 1 attempt.

Redpoint vs pinkpoint – What is the difference

Climbing routes that are under-graded. Although climbing grades are subjective. However, sandbagging is sometimes common as the grade of the route might be set artificially low making the climb much harder than it’s supposed to be.

When a climber takes a huge lead fall on a rope (which will normally be accompanied with a scream at the same time).

When a climber gives out betas to another climber on how to climb a route without being asked to. Usually spraying is frowned upon by climbers. So only provided beta when asked.

Climbing up and over the boulder or over the anchor for lead climbing.

Finishing a boulder problem after more than 1 attempt.

When a climber takes a huge lead fall.