Different types of carabiners – How to choose

Big, small, D shape, pear shape, oval shape, solid gate, wire gate, screw gate… confused? You should be. To many freshly minted climbers, a carabiner is a carabiner. But if you think taking up rock climbing as a hobby can help you destress oh my friend you are so wrong. Choosing a fit for purpose carabiner requires a fair amount of knowledge especially if you have the intention to climb outdoors. In this article, we will equip you with everything you need to know about the functions of different carabiner designs.

The anatomy of a carabiner

Before going into the details of different carabiner designs let’s look at the anatomy of a carabiner.

Steel or aluminium alloys are used for making carabiners. Steel carabiners are very durable but unfortunately, it is very heavy thus not preferred by climbers. Aluminium alloy on the other hand is significantly lighter and its strength is more than sufficient for climbing.

The strongest part of the carabiner is at its major axis with the gate in the close position. However, the strength is drastically reduced if force is applied to the minor axis or when the gate is in an open position.

Asymmetrical D shape carabiners are most commonly used by climbers. The end where the gate opens out is wider than the pivoted end. The design allows the gate to have a wider opening thus easier to clip and can accommodate more gear.

Pear shape carabiners or better known as HMS. HMS carabiners are normally larger in size and heavier compared to other carabiner shapes. However, it has a very wide basket with lots of room for gear. The extra room is also necessary when climbers need to tie a clove or munter hitch.

HMS carabiners have locking gate because it is mainly used for setting up anchors, belaying and abseiling.

The nose of the carabiner is where the gate engages when closed. There 2 types of nose design, the keylock and the notch design.

The Notch nose design has an incut groove which the gate will sit into when closed. Notch nose designs are found on wire gate carabiners. The problem with notch design is the incut groove at the nose has a tendency to snag on gear such as bolt hangers and rope. This may result in potential gear failure.

Keylock nose has a specific shape design where the gate engages. The gate on the other hand will have a specific cavity design that will fit the shape of the nose when the gate is closed. The keylock design is smooth which will not result in snagging.

A carabiner with a locking gate is to prevent accidental unclipping. Locking the carabiner gate will ensure anything clipped into the carabiner is secure. The strength of a carabiner is drastically reduced if the gate is in an open position.

For solid gate carabiners, there are 2 types. Straight and bend gate. The main difference between the 2 is the wideness of the gap when the gate is open. A bend gate gives a wider opening when open thus it is easier to clip compared to a straight gate which has a narrower opening.

Carabiner with wire gate is lighter, easier to clip and less likely to jam compared to a solid gate carabiner. However, a downside to wire gate carabiners is the notch design at the nose which has a tendency for snagging.

What you really need

How to toe hook – Tomoa Narasaki

Toe hook skill and technique Toe hook, a difficult technique to master and execute. In this video, Tomoa Narasaki will explain why

How to heel hook – Akiyo Noguchi

Heel hook skill and technique Heel hook, an essential skill that many climbers know but hardly use. In this video, Akiyo Noguchi 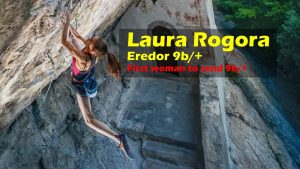