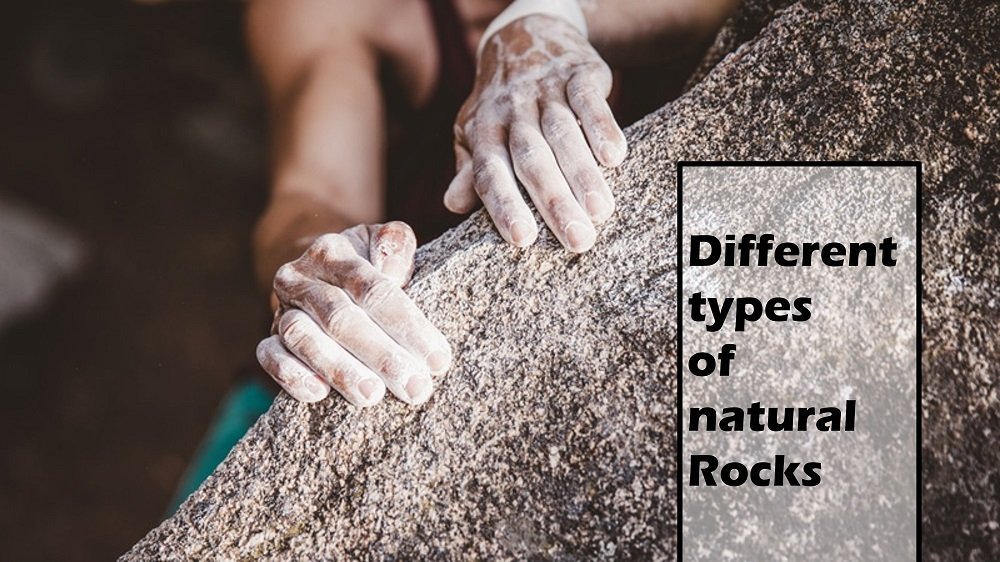 Climbing outdoors on natural rocks was the only way climbers get to rock climb. With the popularity and convenience of modern climbing gyms popping up everywhere. Most climbers these days prefer to spend more time climbing on plastic than on natural rocks.

As fun as climbing gyms are every climber should experience climbing outdoors on natural rock. Climbing in a gym is like running a marathon on a treadmill. Although, it is safe and convenient. But it is nothing like running an actual marathon.

For those who are new to climbing and had never climbed on natural rocks before. We will give you a crash course on the different types of natural rocks you will encounter when climbing outdoors.

Igneous rock is coarse and grained and its composition is mainly quartz, alkali feldspar, and plagioclase.

An example of Igneous rock is granite. Granite often forms huge rock masses which are weathered by wind, rain, snow, and ice into mountains, cliffs, and domes. The weaknesses in granites which erosion attacks are generally vertical joints that widen into cracks. Therefore many of the best crack climbs in the world are found on granite walls.

Looking to climb on granite? Bukit Takun is a granite rock that you can get your hands on without the need to stray too far from home.

Right here in our backyard. Our very own little piece of natural outdoor climbing Dairy Farm.

Climbing at Dairy Farm has been temporarily banned by the National Parks Board. Therefore until the ban is lifted do not climb at Dairy Farm.

Examples of sedimentary rocks are sandstones and limestones

Climbers from around the world travel to Australia to climb on The Grampians’ famous sandstone walls.

Parks Victoria had banned climbing in certain areas of The Grampians. Make sure you check out the climbing access rules and restrictions on the Parks Victoria website.

There are many places in Asia where you can find limestone rock faces. Most of the common climbing locations in Asia to go climbing on limestone walls are Batu Caves (Malaysia), Krabi (Thailand), Thakhek (Laos), Ha Long Bay (Vietnam) and Yangshuo (China).

Krabi is one of the most popular climbing destinations in Southeast Asia. It has long stretches of towering limestone walls along the coastline. And numerous overhanging rock formations over the sea suitable for deep water solo.

Green Climbers Home in Thakhek Laos is a popular climbing destination. The area is surrounded by limestone walls and caves with amazing stalactites.

China’s most renowned climbing area. Yangshuo county in the southern Guangxi region. Thousands of climbers travel to Yangshuo every year to climb on its wide array of limestone towers.

One of the famous limestone outcrops is the Ceuse limestone Massif in France. Ceuse has some of the world’s hardest and most famous sport routes which attract climbers from all over the world.

The formation of Metamorphic rocks takes place when rocks are subjected to very high temperatures and pressure. These extreme conditions cause physical and chemical changes to the rocks. As a result, Metamorphic rock is extremely hard which is great for trad climbing.

An example of metamorphic rock is quartzite.